All You Ever Need to Know About Homeopathy

• Homeopathy is safe, effective, affordable, non-habit forming and comprehensive with no side effects. It can be applied to health problems with mental, emotional and physical symptoms. It is easily adaptable for self-care.

• Homeopathy is a system of medical treatment developed by German physician Samuel Hahnemann from 1794 to his death in 1843. He published The Organon, his first compilation of its principles in 1810.

• A homeopathic renaissance began in the 1980s. In 1990, 2.5 million Americans sought out some form of homeopathic care. By 1999, that number rose to more than 6 million. Retail sales continue to increase at a growth rate unrivaled in the U.S. in a century.

• Homeopathy has a global popularity that far exceeds its use in the U.S.  In fact it is estimated that over 500 million people use it worldwide. In Europe, approximately 40% of all physicians use or refer patients to practitioners of homeopathy. It is integrated into the national health care systems of Germany, Switzerland, the United Kingdom, Greece, Israel, India, Pakistan and Mexico.

• A 1997 survey of US primary care physicians showed that 16% use homeopathy and another 49% want training in its applications.

• Many double blind research studies have been conducted that indicate the effectiveness of homeopathic remedies.

• British Royal Family members have been faithful homeopathic patients since the 1830s. Queen Elizabeth and Prince Charles reportedly carry homeopathic remedies with them when they travel.

• Other noted supporters include Bill Clinton, Abraham Lincoln, Mahatma Gandhi, Paul McCartney, Tina Turner, John D. Rockefeller (who used homeopathy throughout his long -- 98 year -- life) Cindy Crawford (who showed her WHP kit on the Oprah Show), and many others. Jazz musician Dizzy Gillespie said, "there have been two revelations in my life -- the first was be-bop and second was homeopathy.”

• Mother Teresa added homeopathic care to the services of her missions. Mikhail Gorbachev awarded a Soviet physician a gold medal for his work in homeopathy. Vincent Van Gogh’s painting of his homeopathic physician, Dr. Gachet sold for $82.5 million, one of the highest prices ever paid.

For a blog on the Basics of Using Homeopathics with Animals, enjoy this blog written by one of our favorite veterinary homeopaths, Julie Anne Lee, Owner of Adored Beast 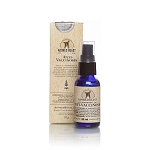